Stephen A. Smith of ESPN has raised a lot of controversy in calling Kevin Durant "weak," for joining the already formidable Warriors line-up last summer. Now that the Warriors have won their second championship in three years with Durant earning Finals MVP, do you agree with Smith's categorization of Durant's move as "weak?" 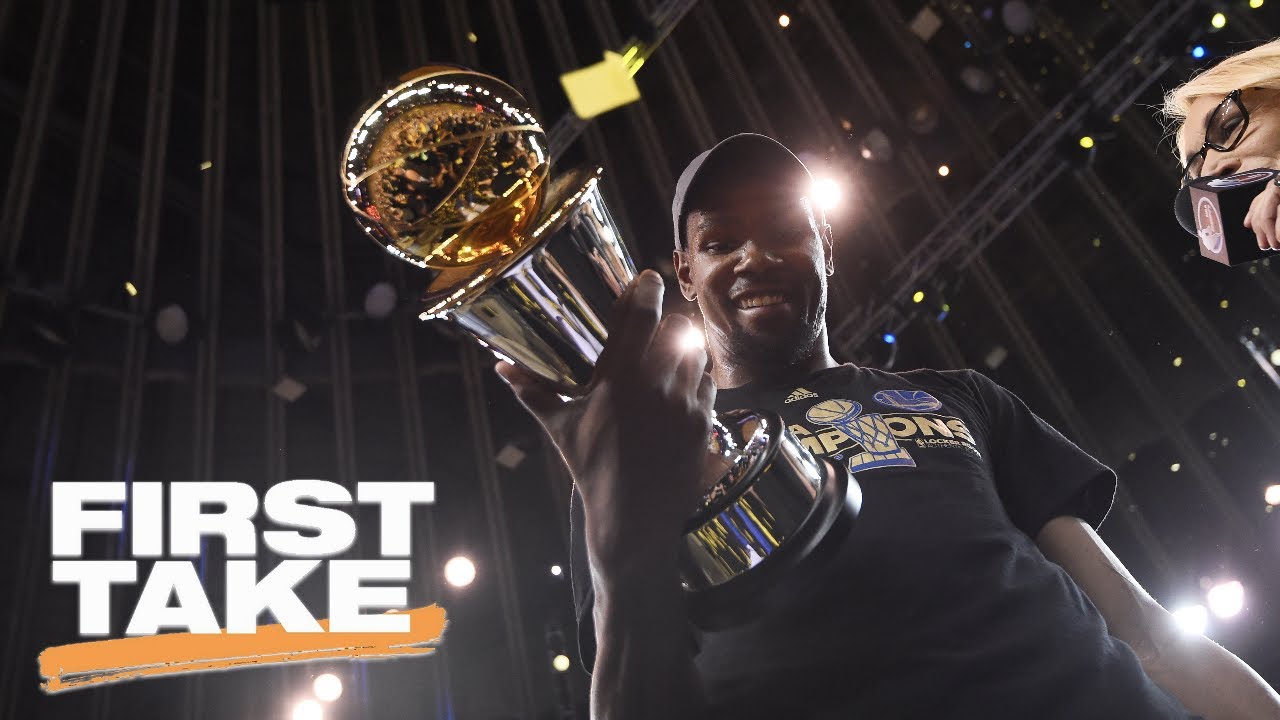 www.youtube.com
3
Yes, Durant made a weak move to create a shortcut to a sure championship. But there's nothing the league should change.
2
Yes, it was weak, and the league should look at rule changes to limit the creation of "super teams" in the name of parity and competitiveness in the league.
7
No, Durant was not weak. He made the move that was right for him and now he's a champion. The NBA is entertainment and this was fun to watch.
1 comment
rockster8 19 Jun, 2017

Durant had to get out of the worst state in America. Can't wait to see him retire with the Seattle Supersonics!

Now that the Warriors have won their second championship in two years, featuring 4 all-star starters, how do you rank this team against other great teams in history?

5
Yes, they are best ever. Period.
3
It's too early to tell. Let's see if they can continue their dominance.
2
It's a silly comparison. They are the best right now, but you can't compare teams from different decades.
2 comments
rockster8 2 Jun, 2017

Fun debate! There should be an option for not even close to the 11 titles for the Celtics/Bill Russell and 6 for Bulls/Jordan. Also, the Warriors won two in three years technically.

Fun debate! There should be an option for not even close to the 11 titles for the Celtics/Bill Russell and 6 for Bulls/Jordan. Also, the Warriors won two in three years technically.

How many games will the NBA finals go?

Warriors are up 2-0, but they were up 3-1 last year. Will they sweep? Or will the Cavs come back? How many games will this series last?

Previous Next
Log in Join
Just browse for now