Is seafood sustianable or is it a con? I just watched the movie Seaspiracy and it really opened my eyes, as I am sure it did for many others. I normally shop at Whole Foods, and I use their sustainable seafood guide, but this movie just pretty much showed that guide means nothing. So, is there any sustainable seafood out there, or is this just a marketing gimmick like putting an eco-sticker on a Hummer?
I assume that algae is sustainable, and so are some species that reproduce fast, like squid, but it all depends upon how they are caught.
What do you think, is there a sustainable seafood or are 8 billion humans making sustainability an unachievable goal?

I think the issues discussed in that film related to fish farming are obstacles that can be overcome, they are growing pains of a rising industry, and have better chance of being solved than fishing wild populations. 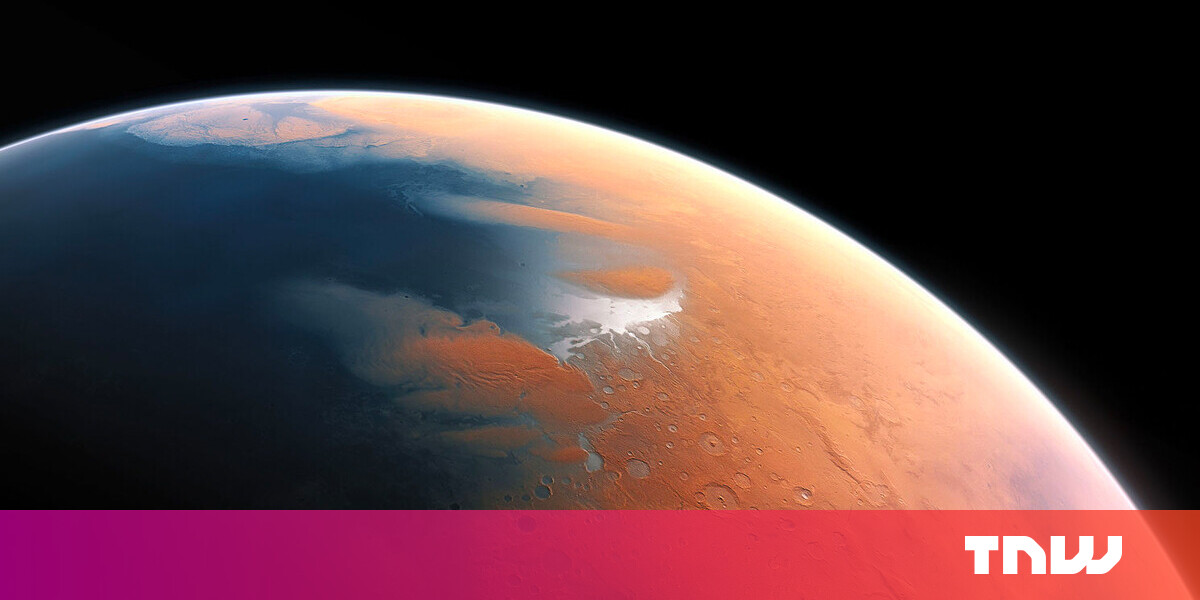 The first space race was between two countries: the USA and the Soviets Union. It was a race to put a man in space (won by the USSR) and then to get a man to the moon (won by the US). The new race, space race 2.0 is much more diverse, including several countries and private companies. It is about exploring the solar system, and putting human technology, or even humans, permanently on Mars. Right now, competing crafts from the US and China are approaching the red planet. With India and Space X on their tails. Who do you think will win this new space race?

Is it arrogant for humans to think 'we are alone'? 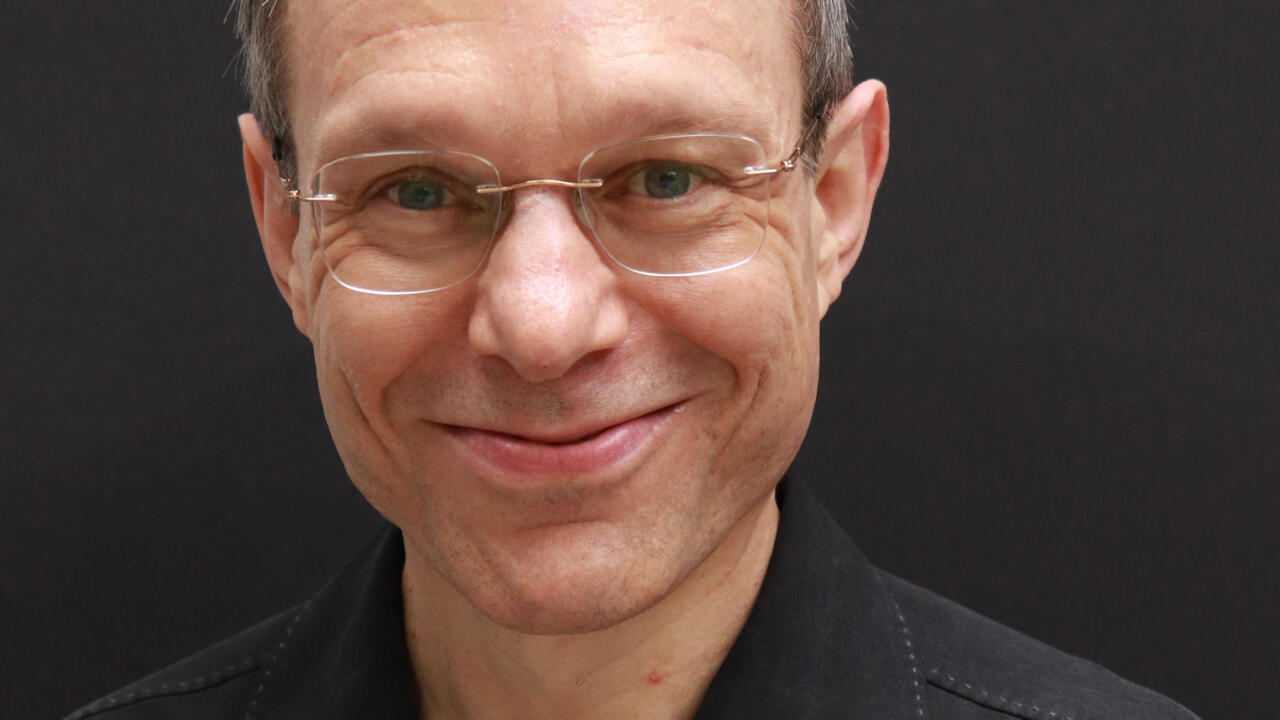 Harvard astronomer Avi Loeb thinks we are not alone. In fact he has just written a book "Extraterrestrial: The First Sign of Intelligent Life Beyond Earth." Int he book, he claims that the massive space object observed in October of 2017 was not naturally formed space debris, but was our first close encounter with aliens. Loeb, who is a well respected astronomer who worked with Stephen Hawkings and has published dozens of groundbreaking writes in his book:

"Thinking that we are unique and special and privileged is arrogant," he told AFP in a video call.

"The correct approach is to be modest and say: 'We're nothing special, there are lots of other cultures out there, and we just need to find them.'"

I, a fan of Star Trek, would agree with this. But I wonder how people who view humans from a religious or other viewpoint would see this statement. Do you think it is arrogant of us to think we are the only intelligent life form around?

Was our solar system visited by alien's in 2017? 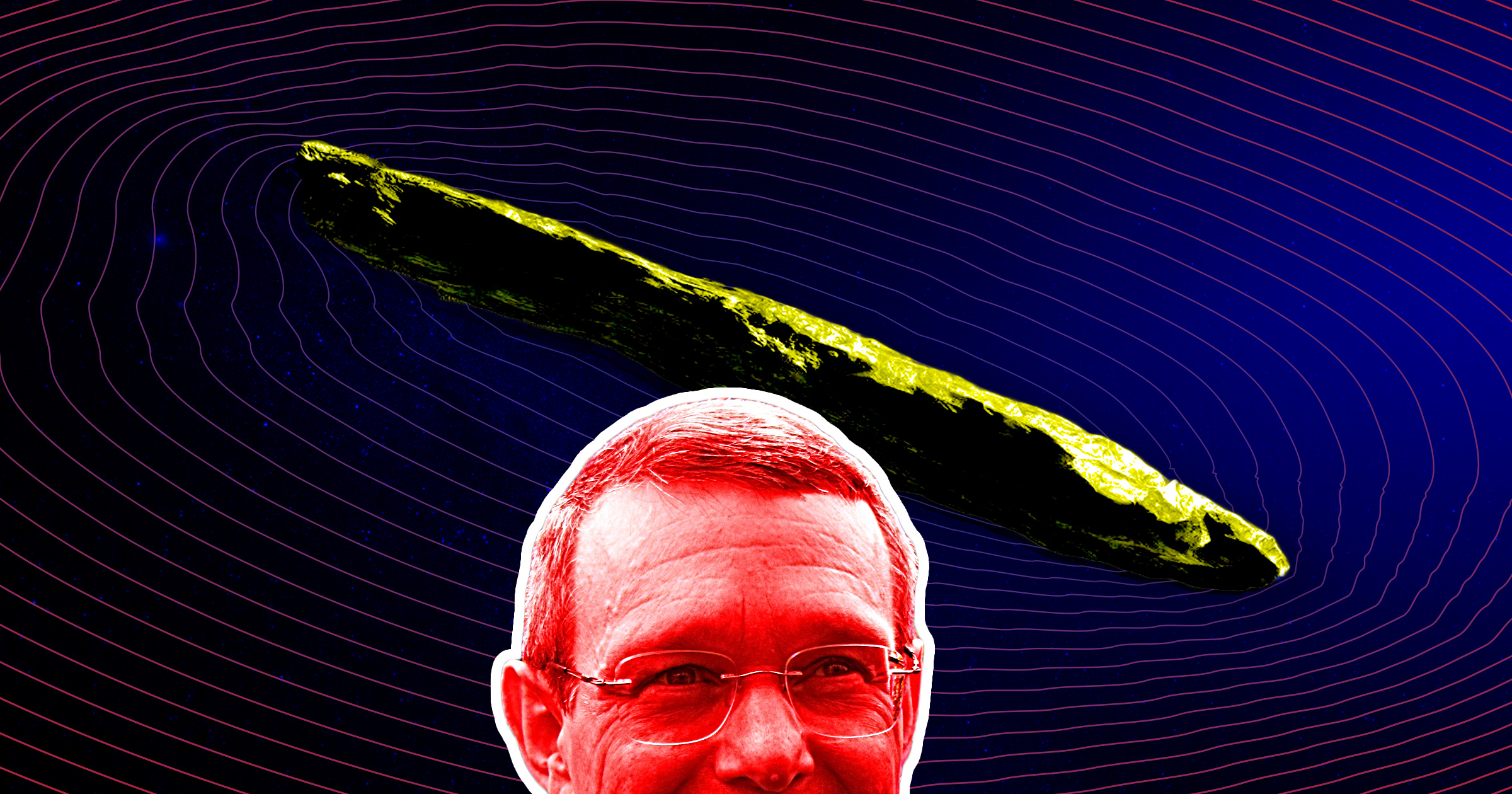 In October 2017, Canadian astronomer Robert Weryk observed a football field sized object hurtling through our solar system. It appears as if this oblong object used the suns gravity to slingshot itself in order to continue its journey. The object has been given the Hawaiian name “‘Oumuamua,” or “scout.”
So far, nobody has given a good explanation for it. some say it was a asteroid, others say a frozen iceberg of hydrogen. All we know is that it was large, was tumbling through space, and is now gone. Could this have been an alien craft, collecting data on our star and the planets orbiting it? Was this space debris caused by warring alien nations? there are many more questions than answers. "When you rule out all other possibilities, whatever you’re left with must be the truth.”
So, what is the truth here, was it indeed an alien craft?

Multiple people have been injured after a car pile-up in Iowa. 2 patrol cars were involved in the wreck near Des Moines. Personally, I think Iowa needs to do a better job of shutting down the interstate before something bad happened. What do you think could be done to make things better in the future? 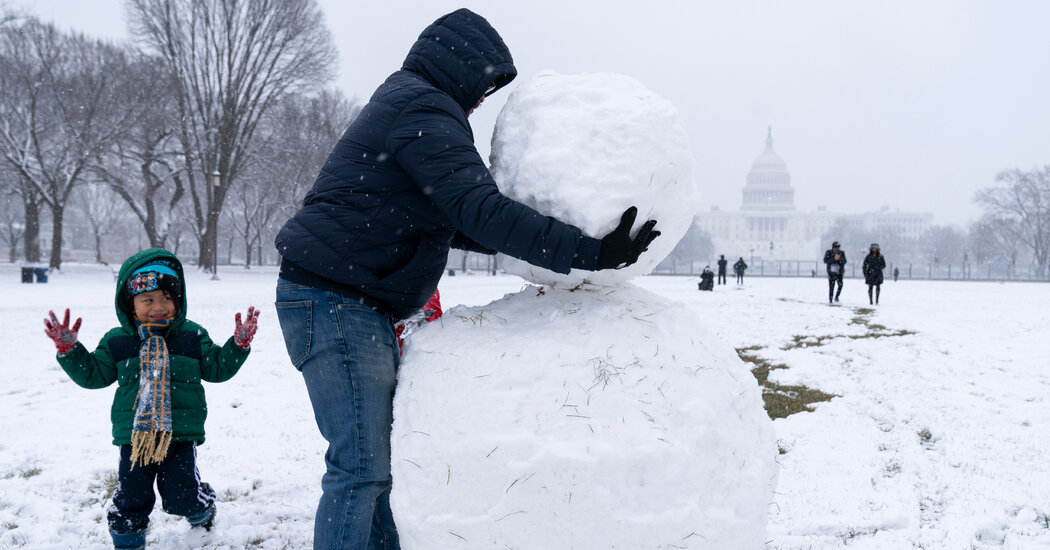 Apparently, there is a big Nor'easter storm heading to the East Coast. I hear this term thrown around a lot lately, but not really sure what it is. Can you fill me in in the comments below? I would love a better perspective of this terminology. Sorry, I'm from the west, so I am unclear.

Are you watching your internet carbon footprint 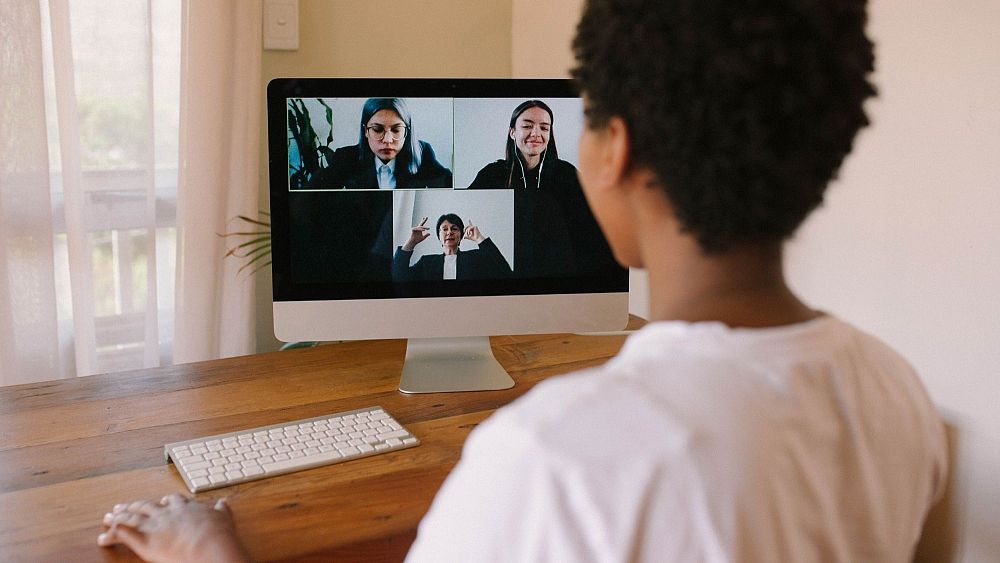 I had never thought the my internet usage had such a major carbon footprint. However, new studies out of Yale and Purdue have shown that just one hour of videoconferencing produces as much carbon as burning an eighth of a gallon of gasoline. Turning off the video during that conference would reduce the carob footprint by about 96%. Likewise, streaming video in HD instead of standard definition increases the carbon footprint by 86%. although in real numbers these values are much less than the carbon footprint of driving to a climate controlled building to hold a meeting, it is still important. Most of us spend a good portion of our day streaming or in video conferences, so that can all add up. So what about you, are you taking steps to reduce your internet related carbon footprint?

Back in September of 2020, a small object got caught in the Earth's orbit. A lot of people called it our second moon. Many people thought it was a rock. But, it ended up being a rocket booster from the 1960s. Now, it has left the orbit and is off into deep space. Did you even know this was happening? I sure did not.

You voted on this!
Every opinion helps! PolynomialFusty15 has 41 so far. You can make it 42!
Help Decide
No. I had no idea.
16
Yes. I have been keeping up on it.
22
I heard something about this, but never looked into it.
3
Drumroll Please!
HeadInTheClouds 1 Feb, 2021

I DID DON'T KNOW ALSO!

never heard that before

I never heard about this!

I never heard this before! 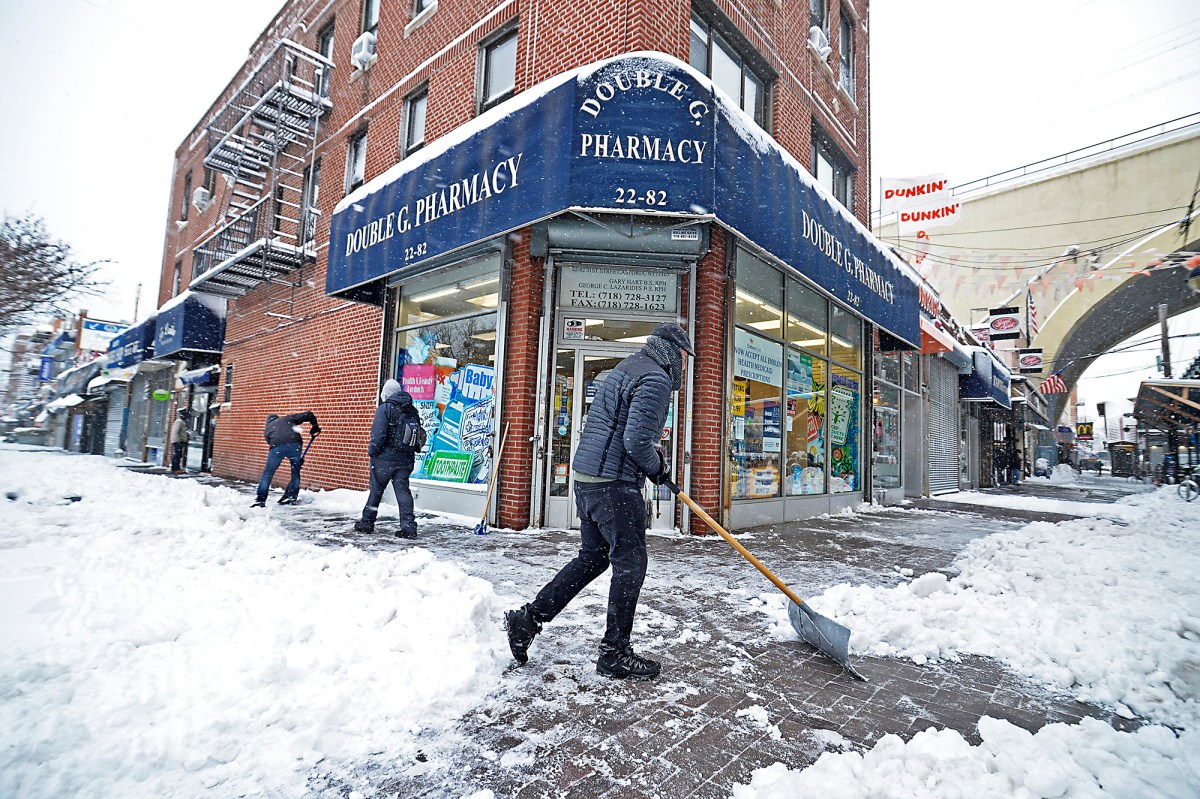 New Jersey and New York are getting wrecked with snow this year. However, in other areas across the country, like the Rocky Mountains, they are having substantially low snow fall. What is the problem here? Is it climate change or are other things at play here? Thanks for commenting with more thoughts below, too.

Dr. Pais, a space engineer genius or a quack?

Dr. Salvatore Cezar Pais worked for many years on a series of projects that can only be described as science fiction. And yet, he received many patents for these, and hundred of thousands of dollars from the US Navy to test them. His inventions included a "spacetime modification weapon" that would make the hydrogen bomb look like a firecracker. He claimed is invention could alter the very fabric of space and time.
I want to believe all this, but it sounds fishy to me. I know that they military has been involved in many other crackpot ideas in the past, so I am not sure if Dr. Pais is a genius or a crazy person. What do you think?

You voted on this!
Every opinion helps! Earthbound42 has 39 so far. You can make it 40!
Help Decide
He is a genius, but the world does not yet understand him
2
He probably had some great ideas, but it was all theoretical
35
The navy has his designs and is keeping them secret
1
He was a crazy person caught up in science fiction rather than science facts
1
Drumroll Please!
Click to send