Did the US abandon the Kurds? The fight against ISIS was brought eventually to Syria, where US forces were allied alongside the Kurdish rebels, also known as Kurds. There are about 35-40 million Kurds in the Middle East, and today they are a people without a state. Their alliance with the US is nothing new, since World War II the Kurds have acted as military allies of the U.S. and the UK, even fighting against the Nazi’s. They were also our ally in the fight against Saddam Hussein.

Then, in October of 2019, President Trump suddenly, and without the consensus of his generals, pulled the US out of Northern Syria, leaving the Kurds defenseless. Only days later, Turkish troops invaded, bombing the Kurds. This fight has killed dozens, and forced 130,000 to flee their homes.
Many of Trumps generals have spoken out against this move, and some have even resigned over it. They have called it “reckless,” and said it will only lead to more instability, loss of trust, and empower ISIS and groups like them. Do you also see it that way?

Should we be getting out of Afghanistan now? 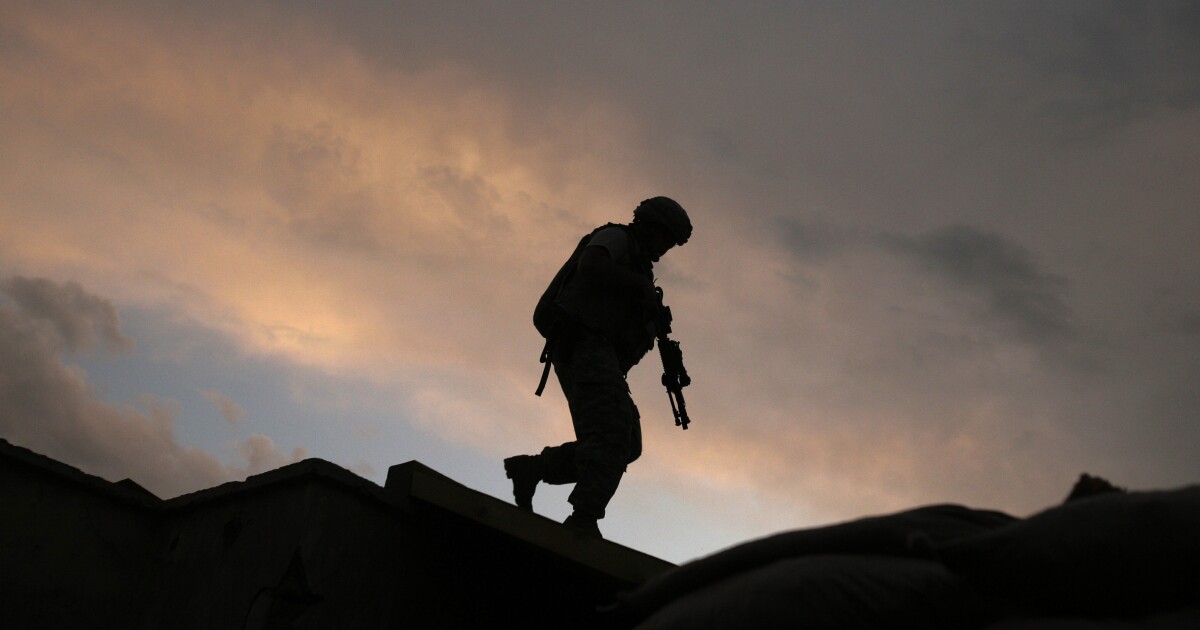 So, I am of the opinion that we should have never started the war in Afghanistan in the first place, I did not support it at the time, and do not support it now. This war has just gone into its 20th year, has cost more than 2 Trillion Dollars, and cost the lives of 2,355 Americans and 157,000 Afghans, including more than 43,000 civilians. There is nothing I want more than this war to end. I was hoping Obama would do it, but he did not. Now, Trump is saying he wants to pull all troops out by January 15th, but this was highly criticized by the pentagon.

I am not sure who to believe, General H.R. McMaster called the plan "abhorrent." And went on to say, " [Trump] paradoxically doubled down on all the flaws of the Obama administration approach to Afghanistan, by conjuring up the enemy we would prefer, instead of the actual enemy that we are facing."

While I do not trust the Pentagon and the military-industrial complex to do the right thing, it seems rushed an unplanned to just pull the troops out, and seems like it may lead to more violence, like when Trump abandoned the Kurds.

What do you think, is this the right time to leave Afghanistan?

Will Georgia vote to give the US a stimulus plan? 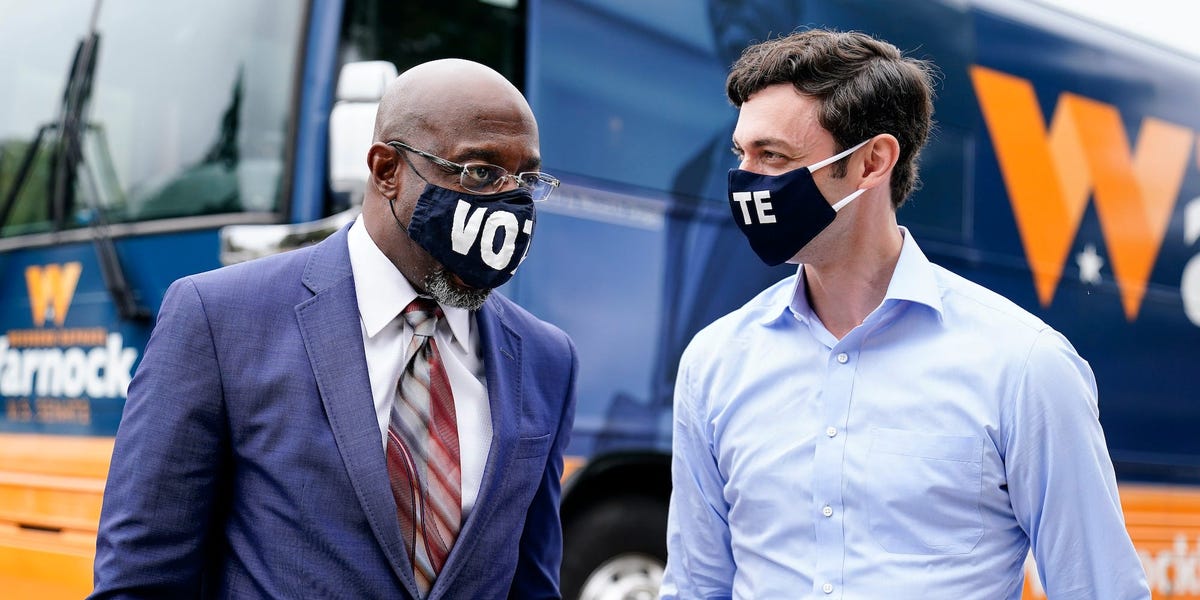 After 9 months of a struggling economy, shut-downs, and job losses, American are hurting. The federal government issued just a one-time check of 1,200 to each citizen, and 500 Billion going to large corporations. As a percentage of GDP, the US has spent about half as much as the UK or France, a quarter as much as Italy, and a fifth of what Germany has spent. Democrats in the house have tried to pass more stimulus bills, but these have been stopped by the Republicans in the Senate.

However, on January 5th, Georgia will go to the polls, and if they elect two democrats then the Senate will be tied, and Vice President Kamala Harris will cast the tie-breaking vote. So really, our stimulus is in Georgia’s hands, what do you think they are going to do with it?

Is the Supreme Court making it harder to vote? 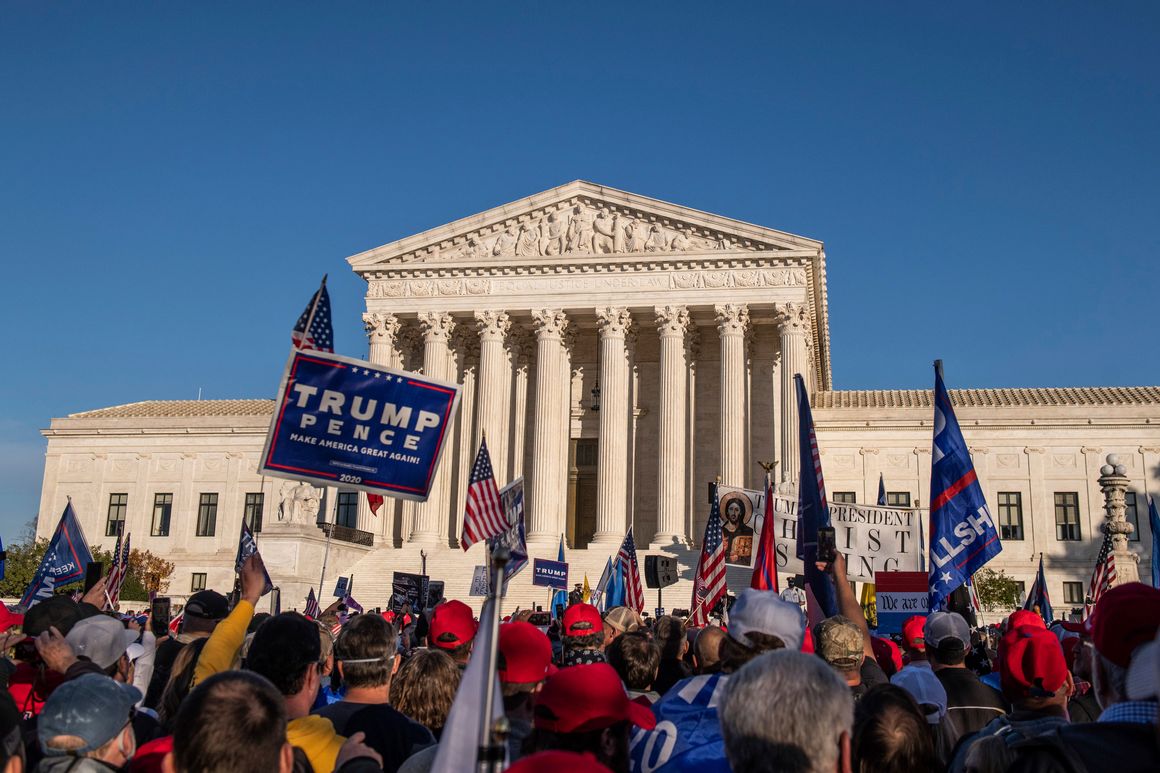 Some analysts are worried about many of the cases currently being settled in the supreme court. While they will not affect the outcome of this election, they may disenfranchise many voters for decades to come. These include

Wisconsin: Due to the pandemic, had extended the deadline to return mail ballots in the presidential primary by six days. But the night before the election, the Supreme Court blocked it, leaving voters only hours to obtain and return their ballots.

South Carolina: the court reinstated a witness requirement for absentee ballots, after voting had already started and weeks after the ballot instructions had been printed. At least 2,509 ballots arrived after that date and were disqualified.

Minnesota: had allowed voters to mail back their ballots up until Election Day, the supreme court overturned this. At the time, there were more than half a million ballots—all containing instructions with the previous deadline—still outstanding.

Lastly, five of the court’s justices have signed onto opinions that the Constitution gives state legislatures virtually untrammeled authority to set voting rules for federal elections, no matter how arbitrary or unreasonable.

Why is the Trump legal team doing so poorly? 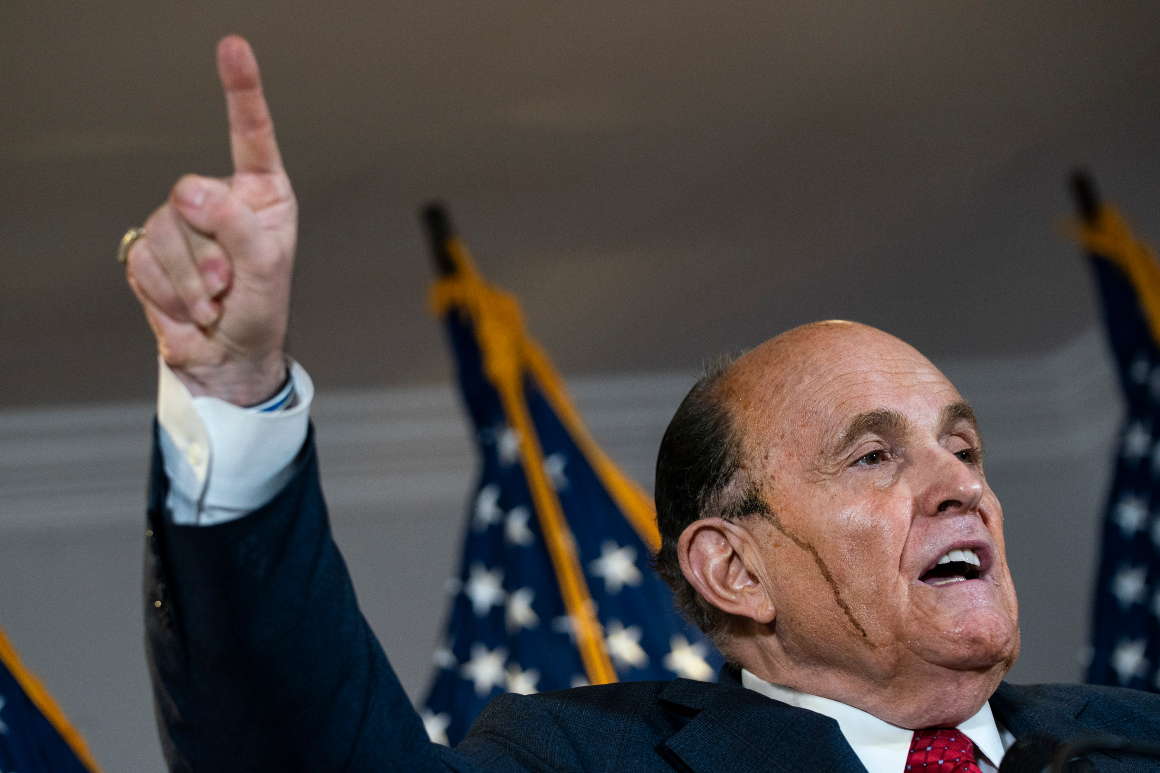 Since the Election, the Trump legal team has submitted 32 law suits, and had 32 law suits thrown out. In states like Pennsylvania, when asked if the GOP had observers in the room, his lawyer replied, “well, there was a nonzero number of observers.” That case was immediately thrown out.

Trump has decided to use people like Rudy Giuliani and lawyers from other industries, none of whom are constitutional lawyers or have any experience in voting law. This fact prompted Pennsylvania U.S. District Judge Matthew Brann, to state to them, "This is simply not how the Constitution works.” Even members of the GOp are taking a stand, like Chris Christie who said this weekend, “Quite frankly, the conduct of the president’s legal team has been a national embarrassment.”

But we know Trump as having “all the best people.” We elected him because he was connected to all the greatest folks in the industry, so where are they now? Why is his legal team so terrible?

Will the Republican party split? 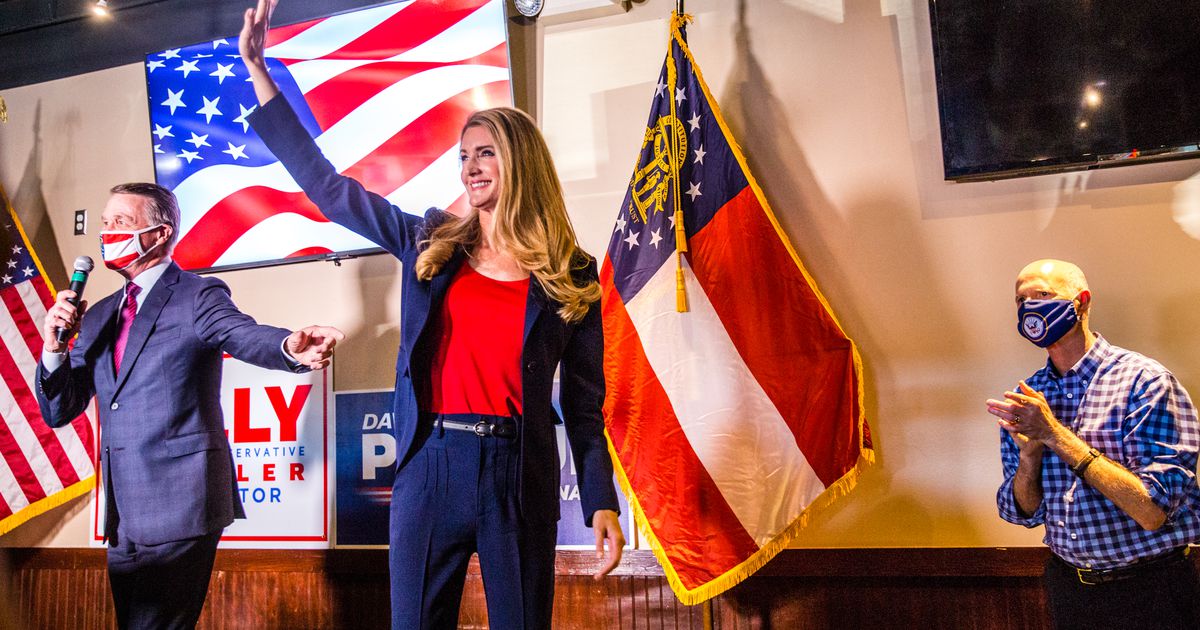 Georgia has just certified the election results in favor of Joseph Biden, immediately afterward a mob of Trump supporters assembled outside the state house. His supporters, goaded through the President’s tweets, were calling for Georgia governor Brian Kemp, Georgia Secretary of State Brad Raffensperger, and Utah Senator Mitt Romney of being Democratic operatives. Furthermore, they said they would “put them down” and would boycott the Georgia mid-term elections.

Some news outlets are saying there will be civil war within the GOP, and could lead to a split of the between those loyal to Trump, and those loyal to the party.

What do you think?

Should Kyle Rittenhouse have been released on bail

Kyle Rittenhouse is accused of shooting three people, killing two, but was just released on bail.
Kyle attended the protests following the shooting of Jacob Blake in Kenosha, Wisconsin. Kyle wen to the protests armed with a rifle, which many claim is an indicator of premeditated homicide.
Right now, about 80% of the people in prison are there for misdemeanors, becasue they were unable to afford bail. Is it right that Kyle Rittenhouse is walking the streets as a free man awaiting trial while so many other American;s are locked up for traffic tickets and unpaid fines?

Should we end oil subsidies? 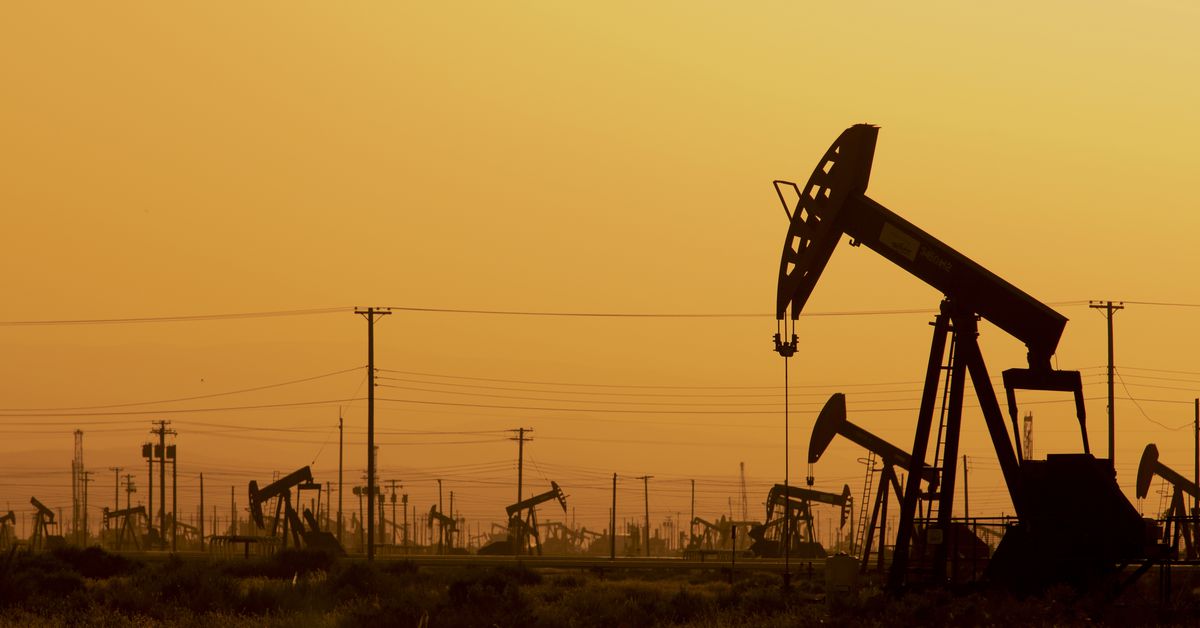 In the US, it is estimated that oil companies receive more than $20 Billion dollars per year in subsidies. Not only does this artificially control the market to make renewables less attractive, but it means we are paying the oil companies through our taxes.
I do not see how we can claim to have a fair and free market when we out subsidies this large on an indutry that pollutes so much and is driving climate change and global instability.

Do you agree that it is time to end all oil subsidies?

You voted on this!
Every opinion helps! BeachLife4E has 5 so far. You can make it 6!
Help Decide
Agreed, they are making insane profits, they don't need tax payer money
1
Agreed, we need to level the field for renewables to slow climate change
3
Disagree, if we remove the subsidies the whole economy will suffer
1
Disagree, if we remove subsidies our energy security will suffer
0
Sage_1809 1 d

how much do they pay in taxes now? A few years ago I heard Exxon made 500 million in profits and paid no tax in the US

In 2008, the unscrupulous practices of the banks, money lending companies, and Wall Street led to a collapse of the Saving and Loans industry. This threatened to leave millions of Americans homeless, and could have spelled the start of another great depression. The banks were deemed 'to big to fail,' and instead of letting them go bankrupt, then president George W. Bush wrote a bill to give the industry 700 Billion USd, which was also supported by Barack Obama.

Almost nobody from the banks went to jail for this, but many Americans did for refusing to leave their own homes.

It is now more than ten years later, and the details of the lead-up to the event have been described in great detail in official reports, and made popular by the book/movie "The Big Short" and others. Those paint a picture of a runaway industry that knew the risks they were taking, but where only motivated by greed. Furthermore, they spent years privatizing all their profits, but then socialized all their debts.
So, after 10 years to look back with 20/20 hindsight, do you think the bailout was a good move?

bail out the people

Should We End Cash Bail?

You are probably aware that the US has the largest prison population in the world. But, did you know that 3 out of 5 people in jail in America today have not been convicted of a crime? Right now there are half a million of our fellow citizens sitting in jail because they could not afford bail. Many of them are there on minor crimes, like not paying traffic tickets. They are there not because they are dangerous, they are there because they are poor. In prison they are a drain on our tax system, their families are left alone, their employers have fired them, and they will have a record following them all their life. If they were richer, they could have paid bail and all this could have been avoided.
This system creates a double standard in our country. Rather then everybody receiving equal punishment under the law, it means that the rich get off and the poor have their lives ruined. Cash bails have been around for less than 150 years, and it is time to get rid of them. Colorado just voted to end this system, should the US federal government follow suit?

You voted on this!
Every opinion helps! ShipOfFools has 7 so far. You can make it 8!
Help Decide
Yes, end cash bail, only those convicted of a crime deserve to be punished
6
No, keep cash bail, if you can't pay the fine don't do the crime
1
Soporific54 1 d

this system needs to go away fast! why should anyone exposed to the violent people in jail because of unpaid tickets? We did away with debtors prisons, now it time to do away with cash bail

this is like debtors prison of the dark ages